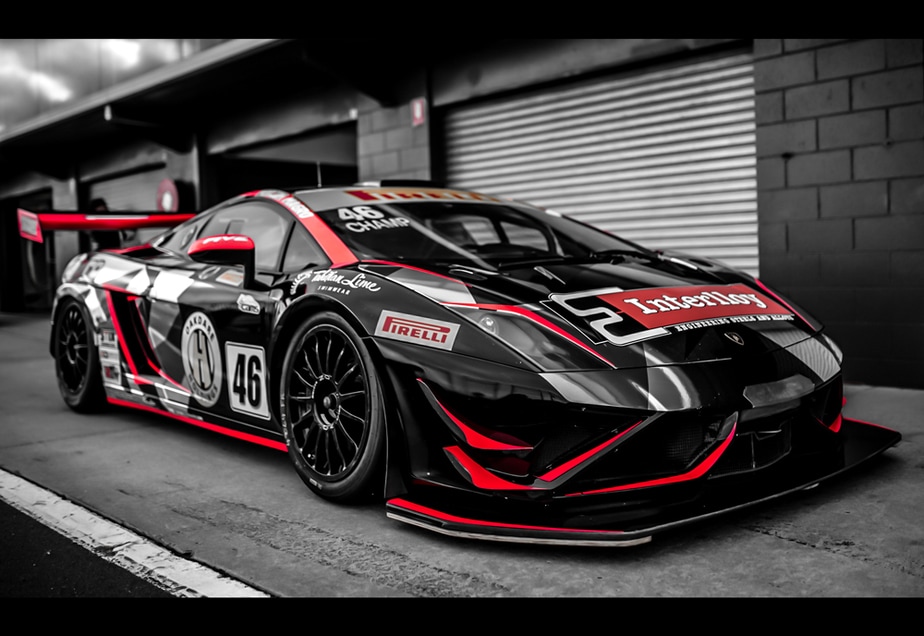 There were ominous signs early at the second round of the Australia GT Championship at the Phillip Island Circuit with the dark and stormy weather hinting at the tough conditions ahead for the race field.
Following successful practice and qualifying sessions, it was new team member Nathan Morcom that took to the field in the John Magro Racing Lamborghini, with John Magro himself opting to anchor the race following their positive early sessions.
“We’re aiming for top six. Nathan’s doing a good job so I think our aggregate time’s going to be very good.” Magro said of the strategy, which would see GT3 newcomer Morcom start the race against some of the top drivers in the category at one of the most legendary Australian racing circuits.
It was a strategy that quickly paid off, with Morcom piloting his Lamborghini up and into a battle for third place with Maranello Motorsport’s Ferrari, driven by Grant Denyer, which saw both drivers battle it out in what was certainly one of the highlights of the Phillip Island race.
“A couple of times I got baulked by traffic and he just got me and then I’d get him back and I could hold him. We had the speed on him but it just depends on traffic, you know? It’s a game of chess out there.” Denyer said of his exciting battle with Nathan Morcom early in the race.
In a cruel twist of fate, a tyre blowout sent Morcom spinning off the track just moments before the team was set to record Championship points based on Lap 40 positions. The incident saw Team Magro slip two laps behind the pace whilst their Lamborghini was returned to the pits for repairs and a driver change.
The ensuing driver changeover saw Magro re-enter the race at the back of the field. Further race incidents and Safety Car appearances allowed Magro to force his way back up the field in a driving display, worthy of respect that saw him pull back within striking distance of the top ten drivers. Unfortunately it wasn’t to be, with a broken drive shaft quickly extinguishing any renewed hope of a respectable finish for the Magro Racing team.
Following the drive shaft incident, Magro was forced to walk back to the pits on foot and not only ponder what might have been here, but also what may lie ahead now for his team which has consistently shown that they are more than capable of challenging for top spots, if lady luck will permit it.
Thanks again to our team sponsors Oakdare Holdings, Interlloy, Magro Motorsport, Tahitian Lime Swimwear, Wade Lewis Art, Realised Technologies, Ceekay Jones, Global Skunkworks, and McMillan Motorsports.