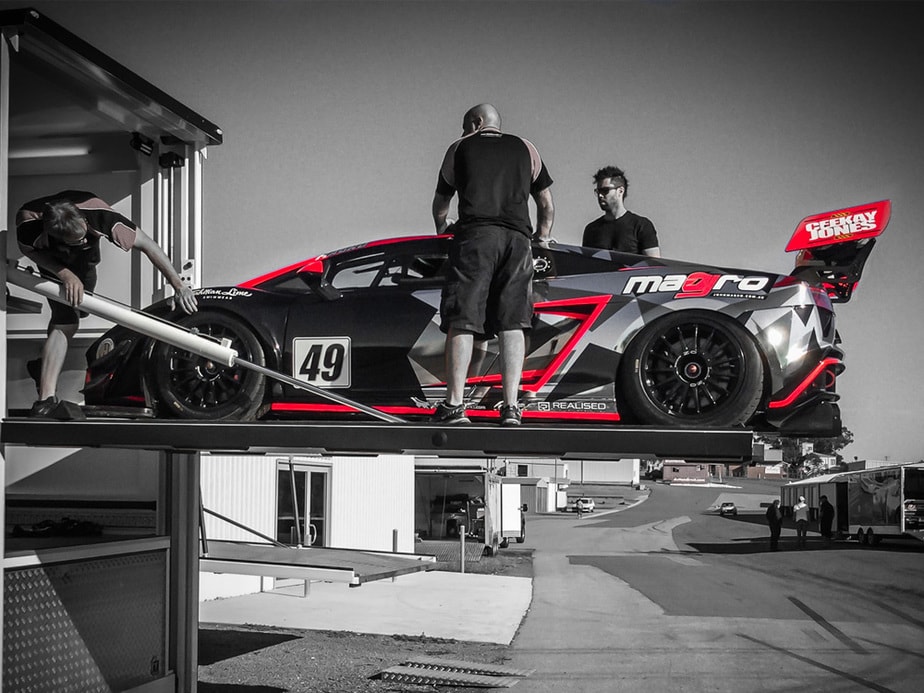 Magro clocked some extremely quick times during the testing laps and said that he was feeling “super comfortable in the car”, which he could only describe as an “absolute rocket”.

The official unveiling of Magro’s ‘Oakdare Holdings’ Lamborghini is yet to be announced, but there is already plenty of hype surrounding the uniquely graphic, chrome, black and red livery produced by Australian artist and branding guru Wade Lewis.

Stay tuned for all the latest on John Magro and the Australian GT 2015 season.